Giorgio Locatelli has become famous in Italy, for some years, thanks to Masterchef, the competition between chefs, broadcast on Sky. In fact, Locatelli was already very famous outside our country, thanks to its starred restaurants in London and Dubai. Locanda Locatelli is the London restaurant that the chef opened in 2002. Here, dozens of people have lunch there every day: English, but also Italians and foreign tourists, visit Locanda Locatelli because they are attracted by the fame of the great chef, as well as by the splendid menu made in Italy that the chef offers. But there is a dish, which is linked to the fame of the inn. More than a dish, in reality, it is a delicacy, which the chef prepares every day, to serve it to his customers. We are talking about the Classic Focaccia, which despite being a simple dish, with his recipe, the chef managed to make it one of the symbols of his Locanda Locatelli 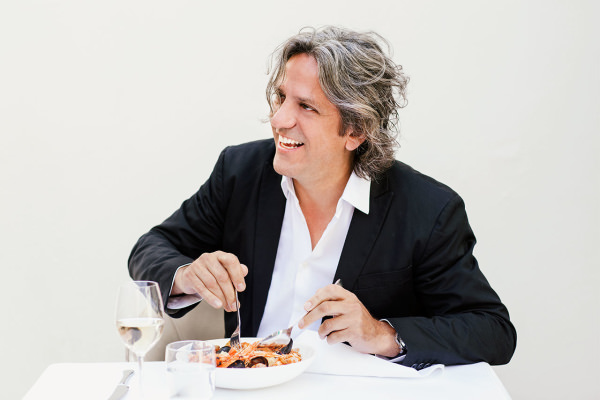 the Michelin-starred Chef Giorgio Locatelli
As previously mentioned, Chef Locatelli's Classic Focaccia is one of the most requested dishes in his London restaurant, so much so that the chef also wanted to include the recipe in his book Made in Italy, the book of Italian recipes. Its focaccia is also famous because it is without dough, as it should not be worked by hand, but just mix the ingredients in a bowl, giving it the necessary time to rise, between one step and another. 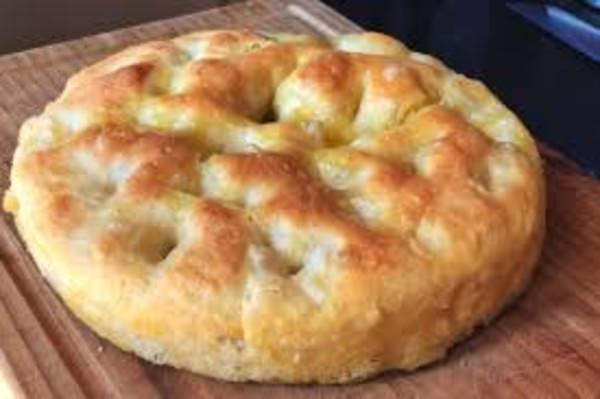 The focaccia by Chef Locatelli
The focaccia involves a double preparation: the first concerns the dough of the actual focaccia; the other preparation is that of the brine of oil, water and salt, which must be added to the dough to give it the soft consistency typical of this focaccia. 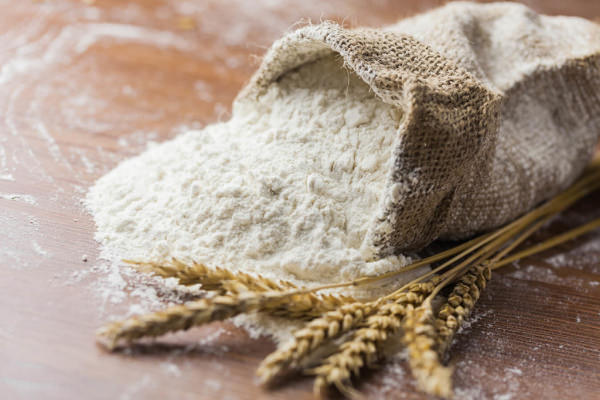 For the dough of a focaccia you will need:
250 grams of flour 0
250 grams of flour 00
300 ml of water
15 gr of brewer's yeast
2 tablespoons of EVO oil
5-10 grams of salt.
For the brine instead you will need:
65 ml of EVO oil
65 ml of water
25 gr of salt
It takes about 50 minutes for preparation + 30 minutes for cooking
First, start by mixing the two types of flour (00 and 0) in a fairly large bowl and add the salt that goes into the dough. Take the yeast and dissolve it in the water which must then be added to the flours. I recommend that the water must be lukewarm to facilitate the leavening process. Finally, add the yeast and extra virgin olive oil. Mix everything quickly with a spoon until the mixture becomes homogeneous. The chef recommends using a wooden spoon to mix everything and remember, never use your hands, because the ingredients must be mixed together and not mixed. Once ready, brush the surface of the mixture with a little oil, cover it and leave it to rest for about 10 minutes. Meanwhile, in another bowl, prepare the brine. Pour the oil, water and salt into the bowl and work them with a fork, until you get a green, not very liquid mixture. 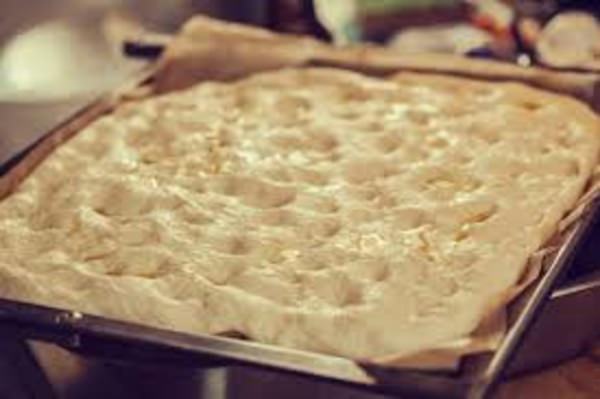 After 10 minutes, take a baking sheet, grease it with a drizzle of oil, then pour the focaccia dough, without touching it with your hands. Once the dough is in the pan, roll out your focaccia in the pan, pressing gently with your fingertips and starting from the center outwards. Once the focaccia is spread out in the pan, let it rise for another 20 minutes. After 20 minutes, using the tips of your fingers, make small grooves on the focaccia and pour the brine, trying to fill the small holes.
Let it rise for another 20 minutes and, in the meantime, preheat the oven to 200 °. After 20 minutes, put the foccia in the oven and cook for 25-30 minutes.
Once the focaccia is ready (you will notice it from the browning), let it cool out of the oven. After that, you can finally serve it on the table, perhaps accompanied by cold cuts and cheeses.

So enjoy your meal with the fantastic focaccia by chef Giorgio Locatelli, which if served on the plates and trays of CeramicaVietrese.it, will be even more delicious and beautiful to look at.